It is said that the modern version of badminton evolved from a game played in Poona (some sources name the game itself as Poona). When I saw this picture from 1874 about five years ago, I gave little thought to it. Revisiting it after five years after some research on one of A.O. Hume's ornithological collaborators, I have a strong hunch that one of the people depicted in the picture is recognizable although it is not going to be easy to confirm this. 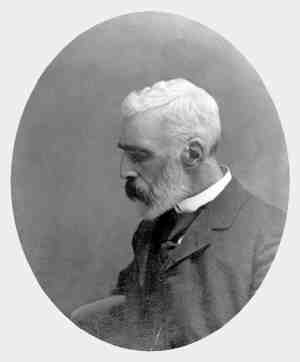 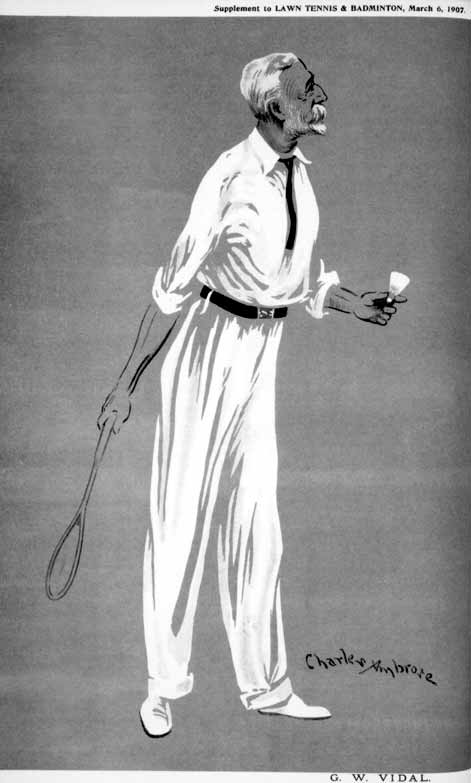 I recently created a Wikipedia entry for a British administrator who worked in the Bombay Presidency, G.W. Vidal, when I came across a genealogy website (whose maintainer unfortunately was uncontactable by email) with notes on his life that included a photograph in profile and a cartoon. The photograph was apparently taken by Vidal himself, a keen amateur photographer apart from being a snake and bird enthusiast. Like naturalists of that epoch, many of his specimens were shot, skinned or pickled and sent off to museums or specialists. He was an active collaborator of Hume and contributed a long note in Stray Feathers on the birds of Ratnagiri District, where he was a senior ICS official. He continued to contribute notes after the ornithological exit of Hume, to the Journal of the Bombay Natural History Society. This gives further support for an idea I have suggested before that a key stimulus for the formation of the BNHS was the end of Stray Feathers. Vidal's mother has the claim for being the first women novelist of Australia. Interestingly one of his daughters, Norah, married Major Robert Mitchell Betham (2 May 1864 – 14 March 1940), another keen amateur ornithologist born in Dapoli, who is well-known in Bangalore birding circles for being the first to note Lesser Floricans in the region. Now Vidal was involved in popularizing badminton in India, apparently creating some of the rules that allowed matches to be played. The man at the left in the sketch in the 1874 edition of The Graphic looks quite like Vidal, but who knows! What do you think?

PS: Vidal sent bird specimens to Hume, and at least two subspecies have been named from his specimens after him - Perdicula asiatica vidali and Todiramphus chloris vidali.

PS: 26-July-2020: It would appear that an old Fives court (Fives was something like squash played with the bare hand) near Sholapur was also of some ornithological interest [on lesser florican]:


I think I can safely say that there is only one place in India where this bird has been shot, and where I have shot it during every month in the year, and that is Sholapur. There was a grass and baubul jungle near the old Fives court on the Bijapur Road which always contained florican. - "Felix" (1906). Recollections of a Bison & Tiger Hunter. London:J.M. Dent & Co. p. 183.