All humans move plants, most often by accident and sometimes with intent. Humans, unfortunately, are only rarely moved by the sight of exotic plants.

Unfortunately, the history of plant movements is often difficult to establish. In the past, the only way to tell a plant's homeland was to look for the number of related species in a region to provide clues on their area of origin. This idea was firmly established by Nikolai Vavilov before he was sent off to Siberia, thanks to Stalin's crank-scientist Lysenko, to meet an early death. Today, genetic relatedness of plants can be examined by comparing the similarity of DNA sequences (although this is apparently harder than with animals due to issues with polyploidy). Some recent studies on individual plants and their relatedness have provided insights into human history. A study on baobabs in India and their geographical origins in East Africa established by a study in 2015 and that of coconuts in 2011 are hopefully just the beginnings. These demonstrate ancient human movements which have never received much attention from most standard historical accounts.

Unfortunately there are a lot of older crank ideas that can be difficult for untrained readers to separate. I recently stumbled on a book by Grafton Elliot Smith, a Fullerian professor who succeeded J.B.S.Haldane but descended into crankdom. The book "Elephants and Ethnologists" (1924) can be found online and it is just one among several similar works by Smith. It appears that Smith used a skewed and misapplied cousin of Dollo's Law. According to him, cultural innovation tended to occur only once and that they were then carried on with human migrations. Smith was subsequently labelled a "hyperdiffusionist", a disparaging term used by ethnologists. When he saw illustrations of Mayan sculpture he envisioned an elephant where others saw at best a stylized tapir. Not only were they elephants, they were Asian elephants, complete with mahouts and Indian-style goads and he saw this as definite evidence for an ancient connection between India and the Americas! An idea that would please some modern-day Indian cranks and zealots. 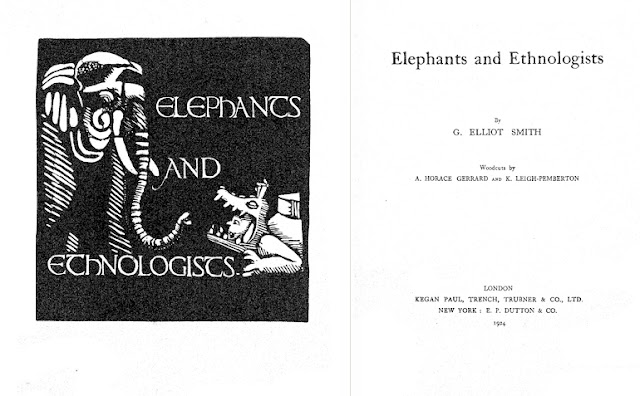 "Fanciful" is the current consensus view on most of Smith's ideas, but let's get back to plants.

I happened to visit Chikmagalur recently and revisited the beautiful temples of Belur on the way. The "Archaeological Survey of India-approved" guide at the temple did not flinch when he described an object in the hand of a carved figure as being maize. He said maize was a symbol of prosperity. Now maize is a crop that was imported to India and by most accounts only after the Portuguese reached the Americas in 1492 and made sea incursions into India in 1498. In the late 1990s, a Swedish researcher identified similar  carvings (actually another one at Somnathpur) from 12th century temples in Karnataka as being maize cobs. It was subsequently debunked by several Indian researchers from IARI and from the University of Agricultural Sciences where I was then studying. An alternate view is that the object is a mukthaphala, an imaginary fruit made up of pearls.

The pre-Columbian oceanic trade ideas however do not end with these two cases from India. The third story (and historically the first, from 1879) is that of the sitaphal or custard apple. The founder of the Archaeological Survey of India, Alexander Cunningham, described a fruit in one of the carvings from Bharhut, a fruit that he identified as custard-apple. The custard-apple and its relatives are all from the New World. The Bharhut Stupa is dated to 200 BC and the custard-apple, as quickly pointed out by others, could only have been in India post-1492. The Hobson-Jobson has a long entry on the custard apple that covers the situation well. In 2009, a study raised the possibility of custard apples in ancient India. The ancient carbonized evidence is hard to evaluate unless one has examined all the possible plant seeds and what remains of their microstructure. The researchers however establish a date of about 2000 B.C. for the carbonized remains and attempt to demonstrate that it looks like the seeds of sitaphal. The jury is still out.

I was quite surprised that there are not many writings that synthesize and comment on the history of these ideas on the Internet and somewhat oddly I found no mention of these three cases in the relevant Wikipedia article (naturally, fixed now with an entire new section) - pre-Columbian trans-oceanic contact theories

There seems to be value for someone to put together a collation of plant introductions to India along with sources, dates and locations of introduction. Some of the old specimens of introduced plants may well be worthy of further study. 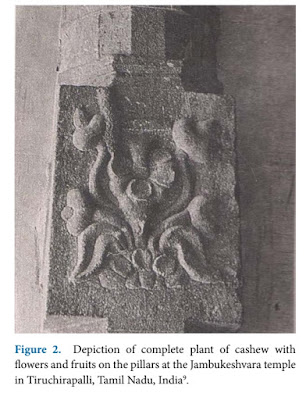