A colourful term used by field biologists for a kind of mate-seeking behaviour that involves unmated males and females going up to the highest point in a locality and then competing and pairing up before dispersing. (this behaviour is thought to be restricted to insects although I know several mountaineering couples!) Apparently some of us had expanded the "hill-topping" entry on Wikipedia a few years ago but the real impact of that behaviour did not sink in until last week.

There is a wonderful line of hills somewhere between the two westbound highways going down from Mudigere and Sakleshpur in the Western Ghats of Karnataka, India that we decided to visit. More importantly it was accessible to researchers, unlike the national parks and sanctuaries in the neighbourhood. The forest here surrounds a towering hill with a rock that sticks out from lower hills covered in grass. 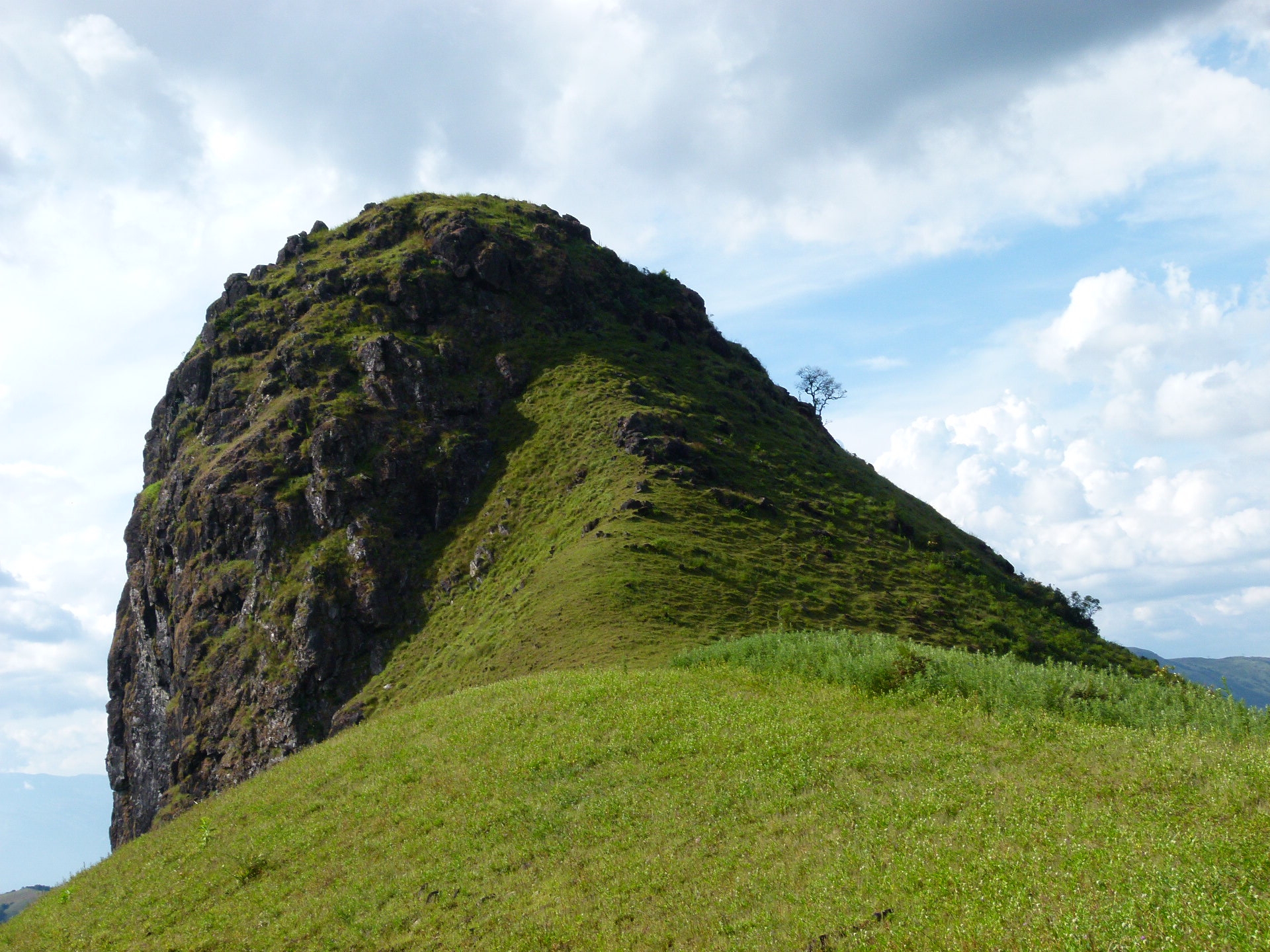 We climbed up the summit and were surprised by an enormous swarm (several thousands) of Tetraponera rufonigra (you can find some images here), all of them winged. It was so large and the numbers quickly got onto our bodies and faces that we were forced to descend back. I tried to tolerate them but had to swat one off leading to a sting that quickly swelled into a nice weal that took a couple of days to fully subside. We packed off a few specimens just to confirm identity and check whether we had any males. Getting back we checked with Dr Musthak Ali and he found that the few we collected to be only queens. We had hoped for some males, perhaps some more valiant observers will determine how males respond to these aggregations. It would seem that the usual emergence of breeders is in October-November, possibly after some rains.

Hill-topping behaviour is apparently very widespread and the definition of a hill can be as low as a small mound. In some countries the location of such sites are carefully avoided when roads are aligned or special wildlife crossings and other measures considered at such places. And talking of roads, there is a particularly well-done bit of road between Belur and Hassan. The road is uniformly wide and just right for two lines of traffic with well marked medians and edges and the shoulders are level with the roadside verge well covered by a tough species of grass. Overall this would seem like a great model for other roads, good enough and supporting a smooth flow of traffic without being too much of a hazard for people and wildlife around it. The quality of the road and the surroundings seems to induce calm driving behaviour.